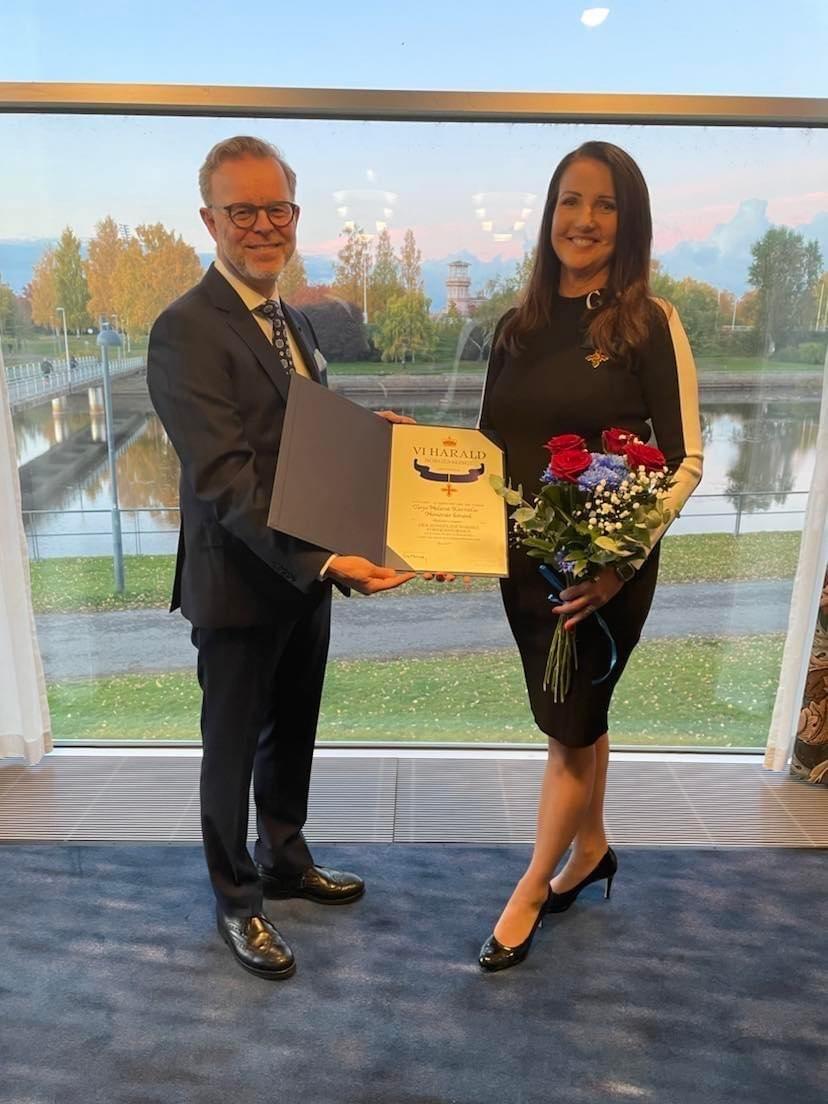 The CEO of Nordic Tank, Satu Heikkilä, participated in the reception of the Norwegian ambassador to Finland, Dag Stagnes, on October 4, 2022.

Norwegian Honorary Consul Tarja Karvola was awarded the Norwegian Royal Hall of Merit at the event. The event was held in Oulu at Karvola’s workplace in the Radisson Blu Hotel. The reception organized by the Norwegian embassy was attended by invited guests and company representatives had the opportunity to discuss current issues and the export possibilities of Finnish companies to Norway with the ambassador Dag Stagnes.