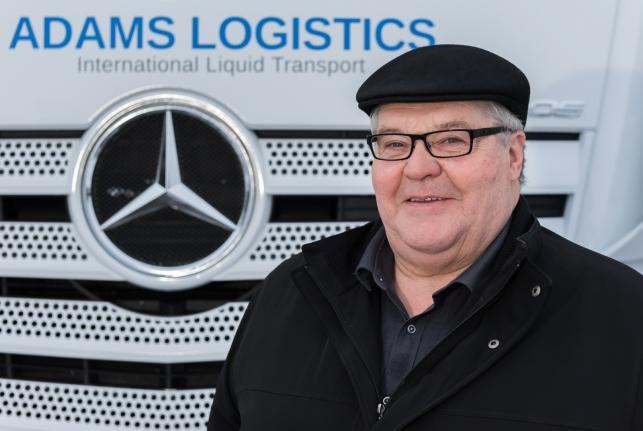 On December 1, 2017, the President of the Republic Finland granted the Finnish honorary title of vuorineuvos to Mr Eero Koskelainen, the Chairman of the Board of Nordic Tank Oy, for his long-term track record as an entrepreneur, advocate for Northern Finland entrepreneurs and as an excellent creator of networks among the various stakeholders. The honorary title was celebrated at an invitation ceremony on Thursday evening, 15 February 2018. Also an open doors afternoon was arranged at the Nordic Tank factory for guests.

Eero Koskelainen has made a significant career as an entrepreneur. Kymppi-Eristys, later the Kymppi Group, was the main business of Eero Koskelainen and his family for over 30 years. Kymppi-Eristys, which he founded, grew to become a leading player in the field also internationally, focusing on industrial insulation and scaffolding. Mr Koskelainen sold his share of the company in 2015, but in his case, the phrase ‘once entrepreneur, always an entrepreneur’ comes true. Eero Koskelainen’s long experience of entrepreneurship and valuable advices are now being pursued through board work and ownership in new growth companies such as Nordic Tank, KaiCell Fibers, Rakeistus and Terwa Kiinteistökehitys.

“Nordic Tank warmly congratulates Eero Koskelainen for the honorary title he has received. Eero has expertise and evidence of entrepreneurship both regionally, nationally and internationally. His long-term track record as an entrepreneur, advocate for Northern Finnish entrepreneurs and as an excellent node of networks are his own class. It is great that his work is appreciated by this honorary title “, says Satu Heikkilä, CEO of Nordic Tank Oy

“I am humbly grateful for this recognition and the fact that my life’s work is taken into account in this way. I’ve had the chance to be on my part in many interesting projects both domestically and exporting Finnish know-how abroad”, says Eero Koskelainen gratefully and continues “In Nordic Tank’s operations is actualised the same principle, the products are of high quality export products in addition to the domestic market. It is a pleasure to be part of a company that is a ‘high tech’ company of the traditional manufacturing engineering industry in the geographical area, where development has long been focused on ICT. I see Nordic Tank as a very promising company, where is a high team spirit within a skilled and committed staff. “